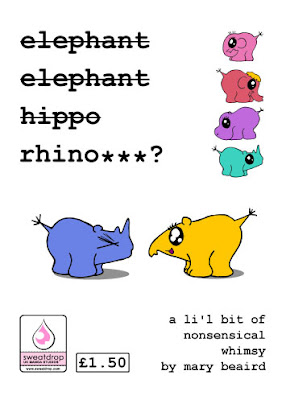 (All images in this post are copyright Mary Beaird
and have been transferred from the "Tapirs" Google Group
where Mary posted them on November 8, 2007.
Text is by Mary Beaird.) 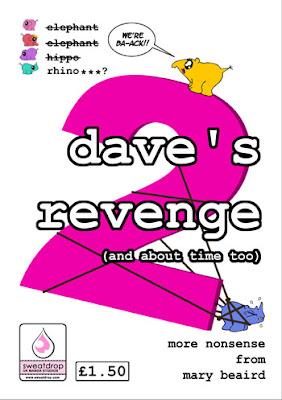 Er, okay, I've gone all shy. I feel like I'm being a bighead and I'm a little bit uncomfortable with it. (Sheryl put me up to it ^_-)

I write a comic called "elephant elephant hippo rhino...?" It's about two animals in a zoo and what they get up to to relieve the boredom when the humans aren't watching.

It was only ever meant to be a one-off but things didn't quite go to plan and #2 came out last month.

The two main characters are a Tapir called Keanu (after Keanu Reeves) and a Rhino called Dave (because everyone has a friend called Dave).

It's a bit surreal and a lot of the humour is aimed at anime and science fiction fans - with occasional shots at the gaming community and computer "geeks" in general.

It's published by Sweatdrop Studios, but don't rush and buy it online just yet as I am going to try and beg some copies back from stock and gift them to the shop, so you can buy them there and Tapir Gallery gets the benefit from selling them. On the other hand, if you absolutely can't wait until (probably) the New Year, you can buy them at Sweatdrop.com, I'll get 80% back and as I donate to the projects every month you'll be helping me to help the tapirs in a roundabout sort of way. That's all a bit surreal in itself... oh well, never mind.

Anyway, here are a few teasers of the "boys"; the baby girl Tapir with the bow is Trinity - Keanu's little cousin, who turns up for 3 pages in issue 2 (believe me, 3 is quite enough).

If the tapirs look a bit wrong it's because they are aliens poorly desguised as Tapirs.... yes.... REALLY (Well, that's MY story and I'm sticking to it!) 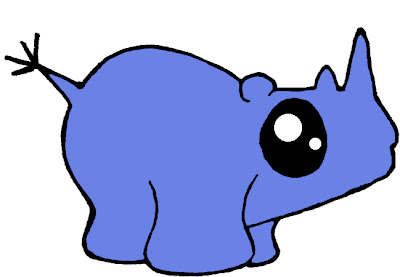 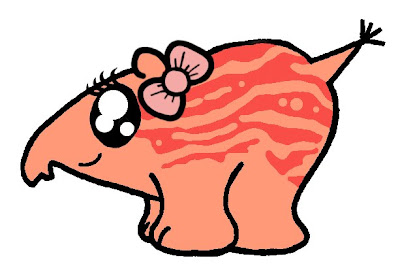 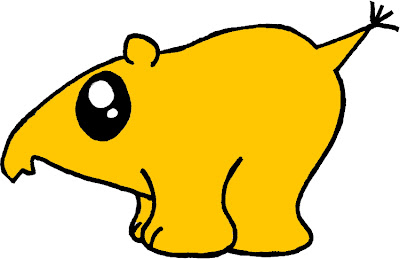 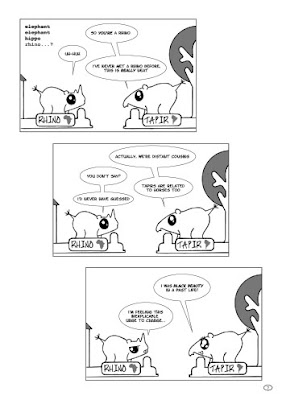 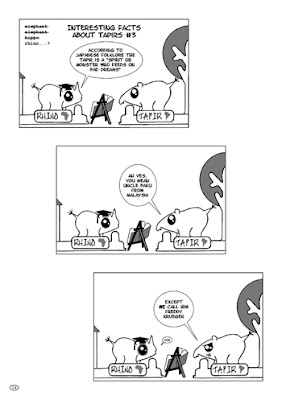 PS. Oh yes, there are some teeshirts knocking around as well made by a company called Genki Gear, and although I still own the characters the tees only half belong to me, so I can't get hold of any of those at the moment. But you never know, maybe later. Until then the good news there is anything I make from the sale of those will go into a Keanu and Dave soft toy fund, and if I manage to make that a reality, Tapir Gallery will get a stack of those to sell!

Anyway, enough of blowing my own trumpet. I'm off to bed. Goodnight.

[Editor's Note: Check out the review on Comic Mole.]

Please e-mail your photos and text if you would like to see them on this blog.
This blog is sponsored by Tapir and Friends Animal Store.
Join WORLD TAPIR DAY on Facebook.
Posted by tapirgal at 11/08/2007 11:23:00 AM No comments: