A New Tapir Species Moves the Scientific World
by Vincent A. Vos and Huascar Bustillos Cayoja Although many other species of mammal and other vertebrates have been discovered in the last several years, the new tapir, more than any other species, has moved the scientific world by revealing that areas supposedly well-inventoried can still reveal new species of considerable size. The discovery reminds us that the time of the great explorers hasn’t finished yet, and that there are still a lot of things out there waiting to be discovered. Moreover, the new Tapir teaches us a very valuable lesson: the team of Cozzuol themselves stress that Tapirus kabomani is not new to the locals, who know the animal as “pretinha” (blackie) versus “anta-açu” (big tapir) used to describe Tapirus terrestris, thus showing the importance of local knowledge for taxonomic and cryptozoological research (see also Fernandes 2014, UNESCO 2013).

As it is, one of the specimens used by Cozzuol et al to describe T. kabomani as a new species comes from a collection made by Theodore Roosevelt as far back as 1912. Although T. Roosevelt identified the specimen as an adult specimen of a new species of tapir referring to the distinction made by local hunters, the skull he collected was later erroneously classified as a variation of T. terrestris. Many years later, Marc van Roosmalen, a Dutch Biologist known for several discoveries of new species of mammals in the Brazilian Amazon, also described a pygmy-tapir (Tapirus pygmaeus) referring to its ample local recognition (van Roosmalen 2013). Although his descriptions weren’t as complete as those of the team of Cozzuol, his T. pygmaeus may even be proof of a senior synonym and thus a more valid scientific name than T. kabomani (van Roosmalen 2014).

Our research paper, “The Search for the Pygmy-tapir in the Bolivian Amazon” (Vos & Bustillos 2014), while including physiognomic research, principally aims at recovering the local knowledge about tapirs, not only to demonstrate the existence of T. kabomani in the Bolivian Amazon, but more importantly to contribute to the scientific knowledge of this species’ ecology, behavior, distribution, and habitat preferences as the fundamental basis for conservation efforts.

The Bolivian Amazon: An Undervalued Center of Biodiversity

Biodiversity of plants and animals. From Botany online 2014 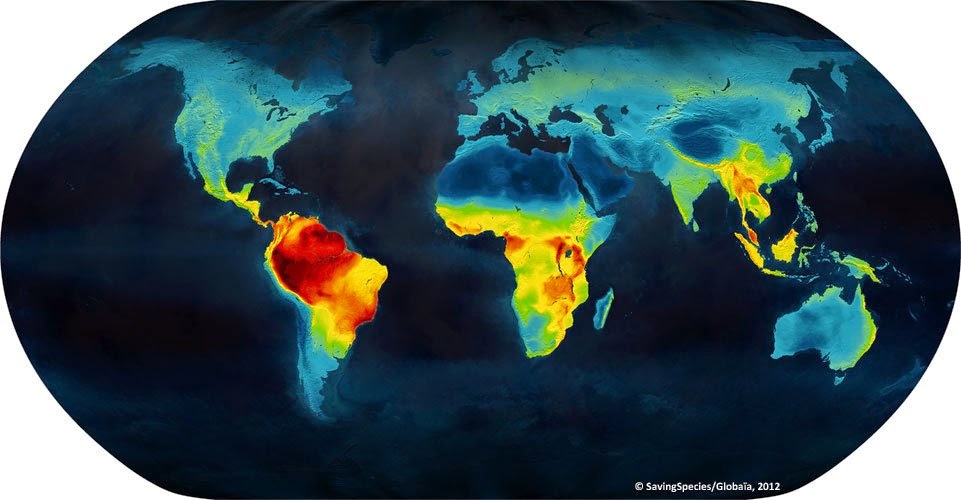 Although these statistics already reflect an incredible biodiversity, we are sure the numbers will continue to rise in the coming years with new discoveries being made regularly, e.g. four species of Ctenomys spp (Méndez 2014b), and a Myotis mydastactus (Hinojosa 2014) are examples of mammals discovered this year). Based on personal observations and interviews with locals we strongly suspect the existence of numerous species of mammals and other vertebrates not registered in and possibly even unknown to science. 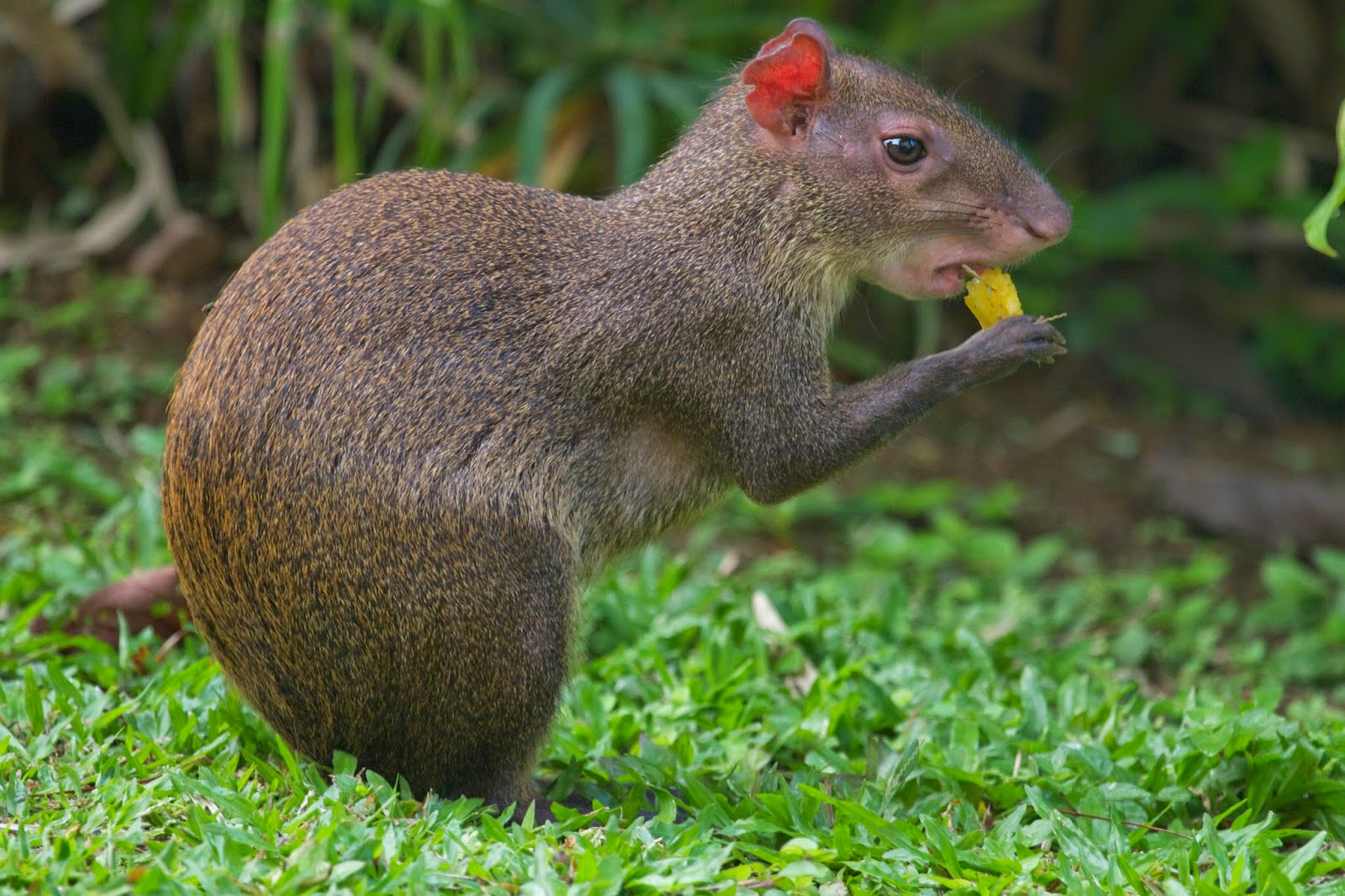 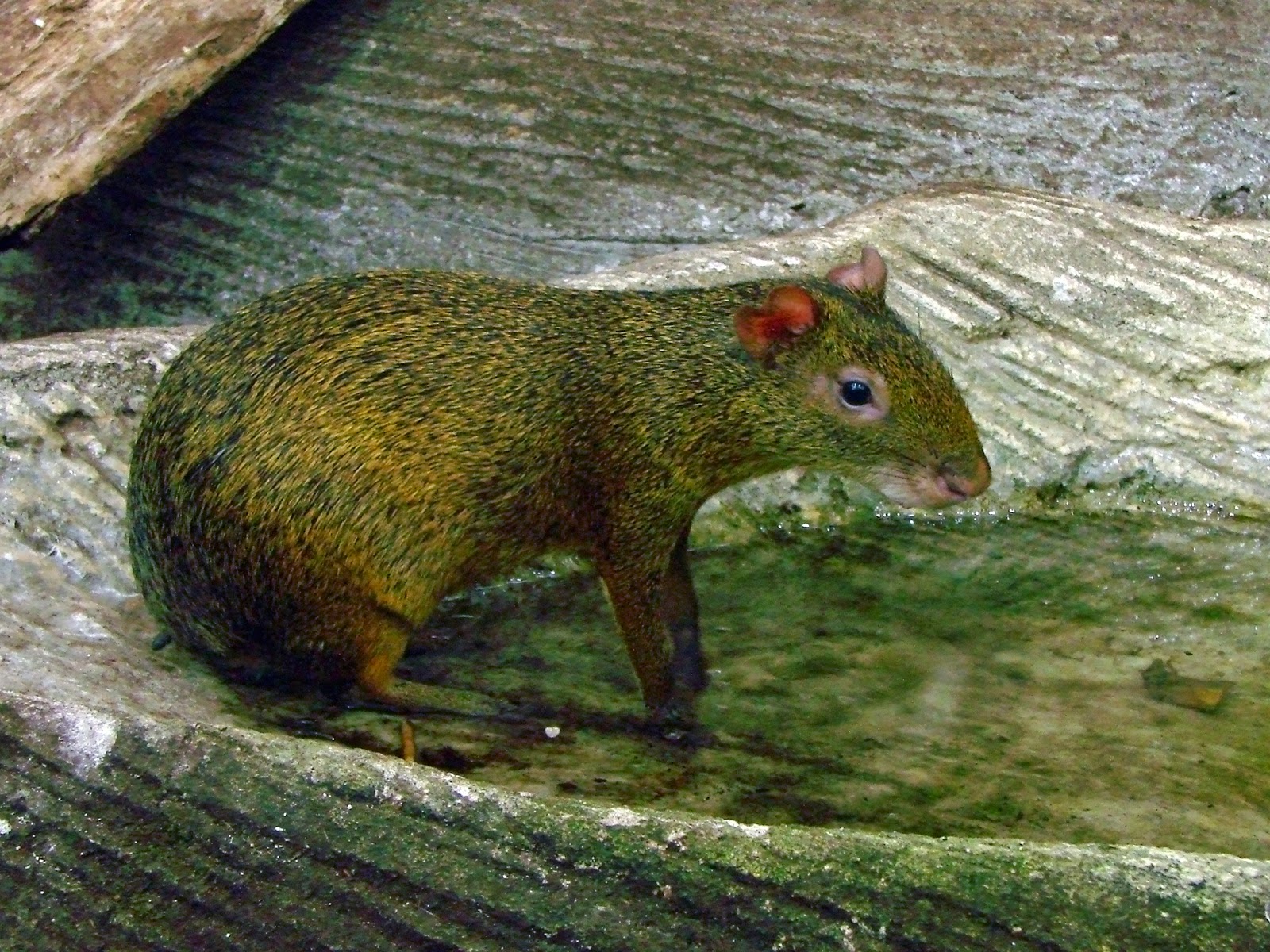 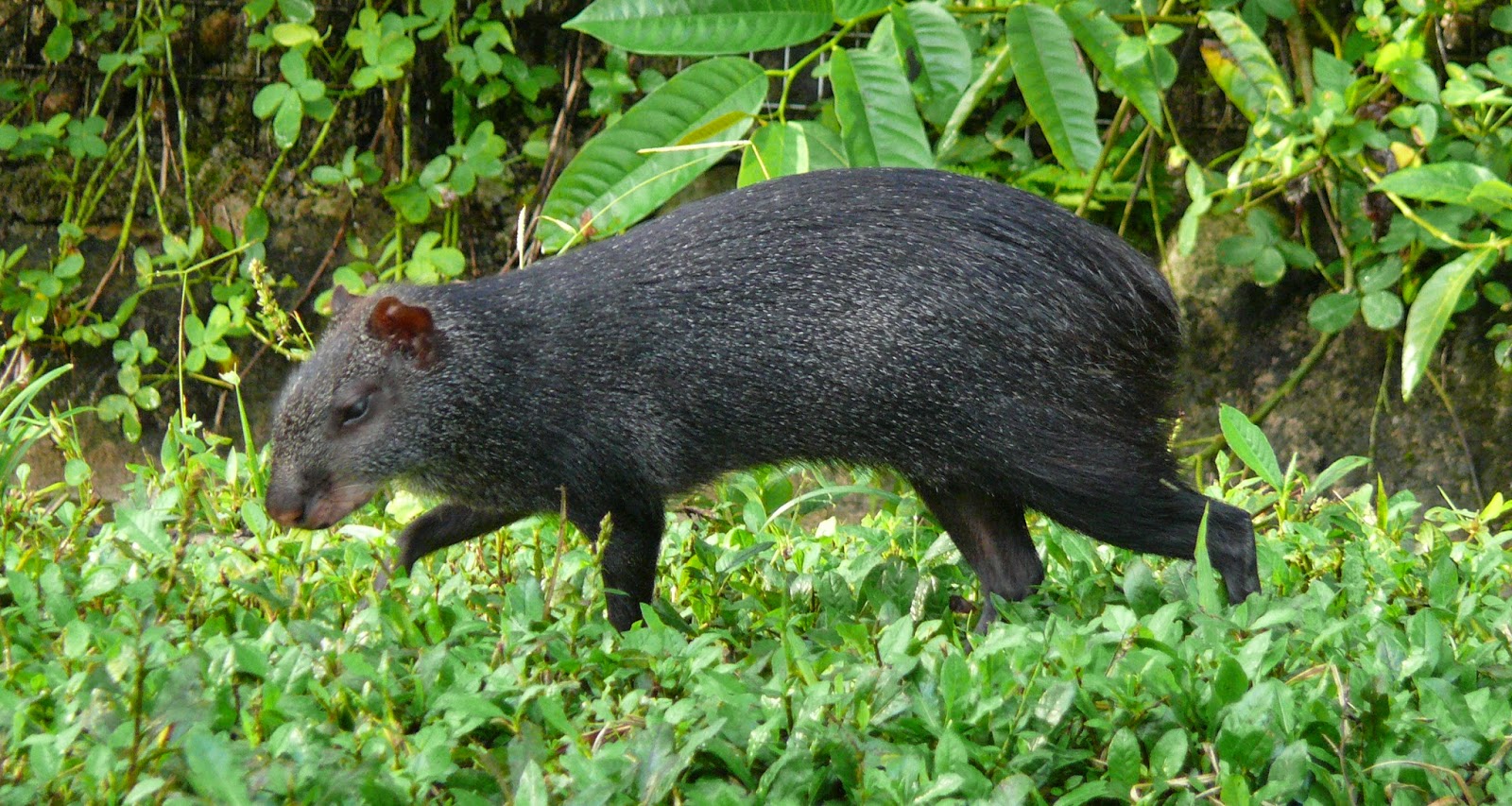 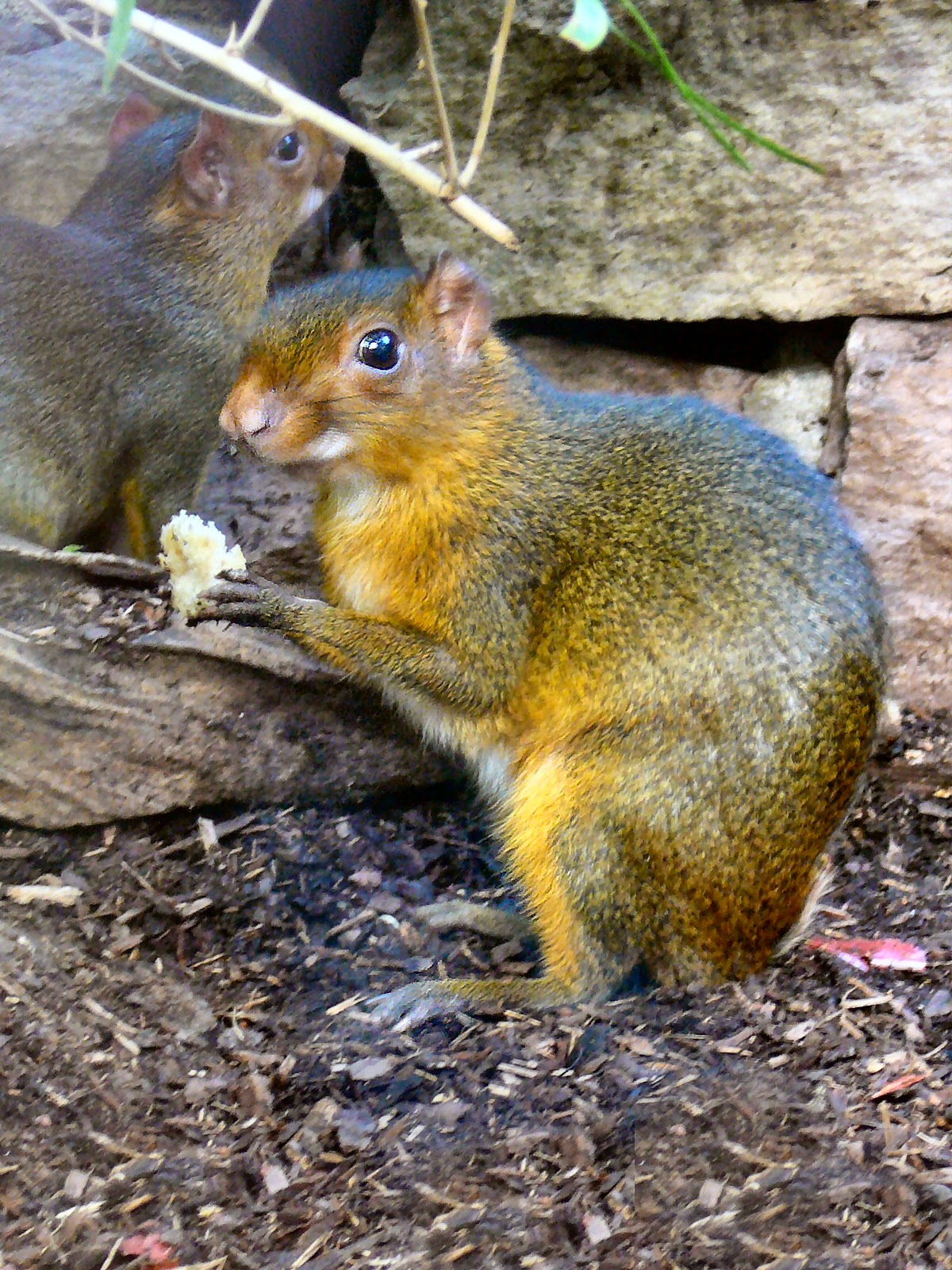 In this sense, the discovery of T. kabomani constitutes an opportunity to stress the incredible biodiversity of , the need for additional research, as well as the value of biodiversity in general. The ethical and aesthetic values of a new potential flagstone species like the new pygmy tapir thus constitute important tools for raising awareness for conservation efforts.

The value of biodiversity

Conservation efforts have goals that greatly surpass the preservation of species out of ethical (our moral obligation to conserve our natural inheritance for future generations) or aesthetic (for the beauty of nature) factors. To try to value biodiversity we should take into account the financial value of products from biodiversity. We should not only consider the value of the medicinal properties of newly discovered plant species, but also think of products like brazil-nuts (Bertholletia excelsa) that are collected from natural forests and represent export values of $US 145,62 million (exports 2012, INE). To this we can add value of timber and many other forest products both for export and for national markets, from fish and fruits used in alimentation, to palm leaves used for thatching, and plants used in traditional medicine. Most of these products are commercialized at regional levels and through informal markets with a consequent sub-estimation of their importance in national and international statistics (van Andel 2006).

Additionally many biodiversity products are consumed locally. In many parts of hunting and fishing are fundamental elements of daily life, and local populations use the natural vegetation in many different ways: construction materials, tools and utensils, medicine, etc. (Vos et al 2008, Pokorny et al 2010). In the peasant and indigenous communities of the rural Bolivian Amazon, the sum of these forest products frequently surpasses 50% of family budget (Vos et al 2008, Czaplicki 2013).

Biodiversity also plays a fundamental role in agricultural activities, mostly through providing natural areas for grazing and through revitalizing soils in slash and burn agriculture. Furthermore, biodiversity offers services like pollination, natural control of pests, and genetic variation (Andersen 2009). At larger scales, we can highlight environmental services like the control of erosion and the provision of water up to climate regulation and the production of oxygen or storage of carbon (Andersen & Mamani 2009). The protection of ecosystems and their services thus reflects in the quality of health conditions, food availability, and other basic aspects of human security and wellbeing (PNUD 2011).

Considering the values mentioned above, it is very troublesome to observe actual biodiversity losses. In , the principal threats to biodiversity are related to deforestation through the advance of the agricultural frontier and cattle ranches (Araujo et al 2010, Müller et al 2014). The conversion of forests to other land uses implies an instantaneous and complete destruction of the original ecosystem and a drastic reduction of local biodiversity (Araujo et al 2010). Climate change now constitutes an important additional pressure (Andersen & Mamani 2009, Nordgren 2011). Based on simulations combining expected effects of deforestation and climate change using the PRECIS model, it is expected that by 2100 national biodiversity will show a reduction of 40% compared with actual levels (Andersen & Mamani 2009).

The actual and expected losses of biodiversity and its aforementioned environmental services will have devastating effects for (CDB 2007). To reduce this impact, it is necessary to secure a better realization of the true value of biodiversity with development strategies. For the last 50 years, development in the Bolivian lowlands has been based principally on the clearing of forests for the creation of agricultural lands and cattle pastures. Although this model effectively contributes to the production of food, the generation of employment, income and exports, and the alleviation of poverty, lately it has become widely criticized in relation to its inefficiency in terms of productivity and its huge social and environmental costs (Vos 2011).

This blog is sponsored by Tapir and Friends Animal Store
and The Tapir Preservation Fund
.